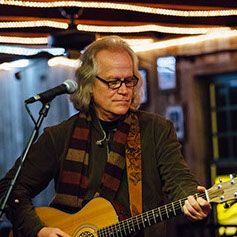 Chuck Murphy has paid quite a tribute to the late Glenn Frey of the Eagles. His inspirational “Falling Star” (One West) is breaking strong on our formats from AC40, Country to Top40 with stellar. A similar story continues at FMQB, New Music Weekly and on the Independent Music Network’s Mainstream & Country charts. This is not new territory for Chuck. In 2015, he released his first solo EP and earned the Independent Music Network’s Favorite Impact Artist and Crossover Artist Awards for 2015 thanks to his debut smash hit, “How Many Times”.

2016 is turning out to be a banner year for Chuck and it is only April as he has already won New Music Award for Breakthrough Artist, as “Falling Star” moves quickly at radio and on charts.
Source & more info