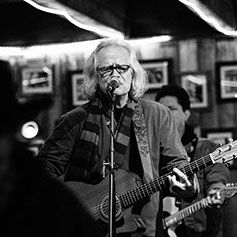 Chuck Murphy is back at radio with another gem in “Falling Star” (One West). The new single, a tribute to the late Glenn Frey, is moving at rapid speed on our AC40 chart and the track is also making bold moves at New Music Weekly and at FMQB. Chuck also just received the “AC Breakthrough Artist Award” from New Music Weekly magazine which he can add to his trophy case along with the Independent Music Network’s 2015 Crossover Artist of the Year and 2015 Impact Artist of the Year awards.

Chuck, who grew up in Minneapolis, Minnesota, says that both Jackson Brown and The Eagles were his biggest musical influences. For over 15 years, Chuck has called California home, living on the outskirts of LA County with enough room to own horses. “I actually wrote ‘Falling Star’ last summer,” stated the versatile singer/songwriter.
Source and more Info