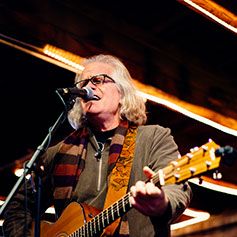 CHUCK MURPHY is making some end of the Summer moves at radio that are quite impressive. His new “How Many Times” (One West) is taking radio by storm from coast to coast and ranks a solid and strong #18* in just a few weeks on our AC40 chart. It was also the 2nd “Most Added,” 5th “Most Increased” and #1 “By the Vote.” Those same numbers are almost mirrored on other charts from New Music Weekly to FMQB to the Independent Music Network’s Mainstream charts. Murphy is no stranger to the entertainment industry. He has written and produced music for numerous independent movies and he has also produced CDs for Rebecca Leland and EJ Dease ( Elisa Fiorillo) from Prince’s NPG Band. Over the years Murphy has worked with many notable entertainers such as Orleans, Robbie Dupree, David Barry, Jeff Silverman, Jack Williams, Debra Lyn, Leon Wilkerson and more. Murphy’s own band, Big Coyote, is a hard driving Country Rock and Blues band. Their music emphasized country rock rhythms and guitar leads with lyrics extolling the values in America. As a writer Murphy draws from his personal experience and social commentary from trends to politics. His current CD is a bit of both. By the rapid movement up the charts with “How Many Times,” he knows what radio wants to play and he is giving it to them. Debi Fee/FAF Mediafafmedia@aol.com